The City of Europe Limited A0 Canvas SOLD OUT 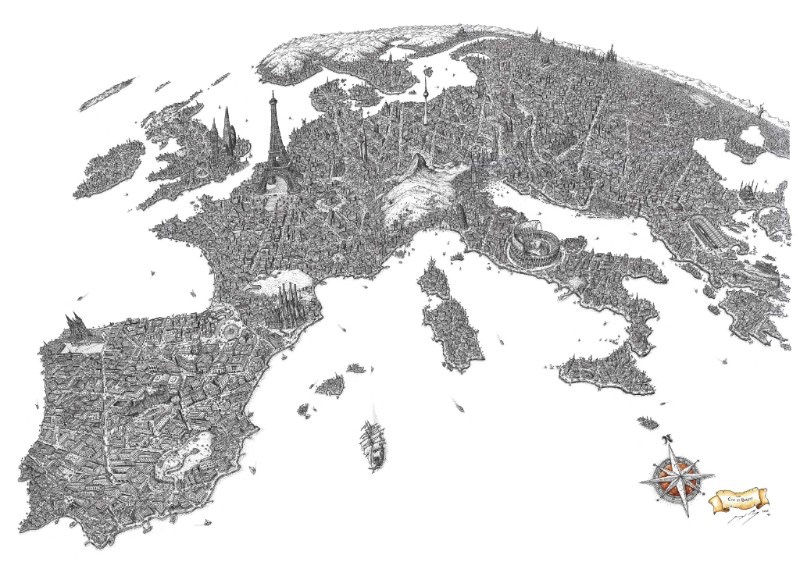 This was the first of my country and continent “City of…” series, created in 2015 and has become one of my most popular prints over the years. The original sold in Hong Kong at the Asia Contemporary Art Show about 2 months after completion to a collector, along with my Hong Kong Rising piece. This was one of my first big sales and this style of work set the benchmark for all projects moving forward. Using the curvature effect of the earth to show a city made up from an entire country or continent became a popular style for me to express my pen work. From my Europe cityscape, others have followed over the years; Asia, Japan, North America, the Middle East, Australia, the British Isles and most recently Italy. I’ve even applied the curvature effect into other recent works that are inspired from ancient and mythological worlds, such as my 2020 epic A Greek Odyssey.

Earlier this year, I revisited my 2019 piece The City of the British Isles and gave it a full colour makeover. This has proven very popular over the summer months (50% almost sold out). I plan to revisit all of my “City of…” series over the coming years by giving them the full colour treatment also, so be sure to keep a look out for them.

In the meantime, I want to thank everyone over the years whom has purchased prints and original works of mine. Your support means the world to me (no pun intended) and without your love and appreciation for my works I wouldn’t be able to do this as a full time career. 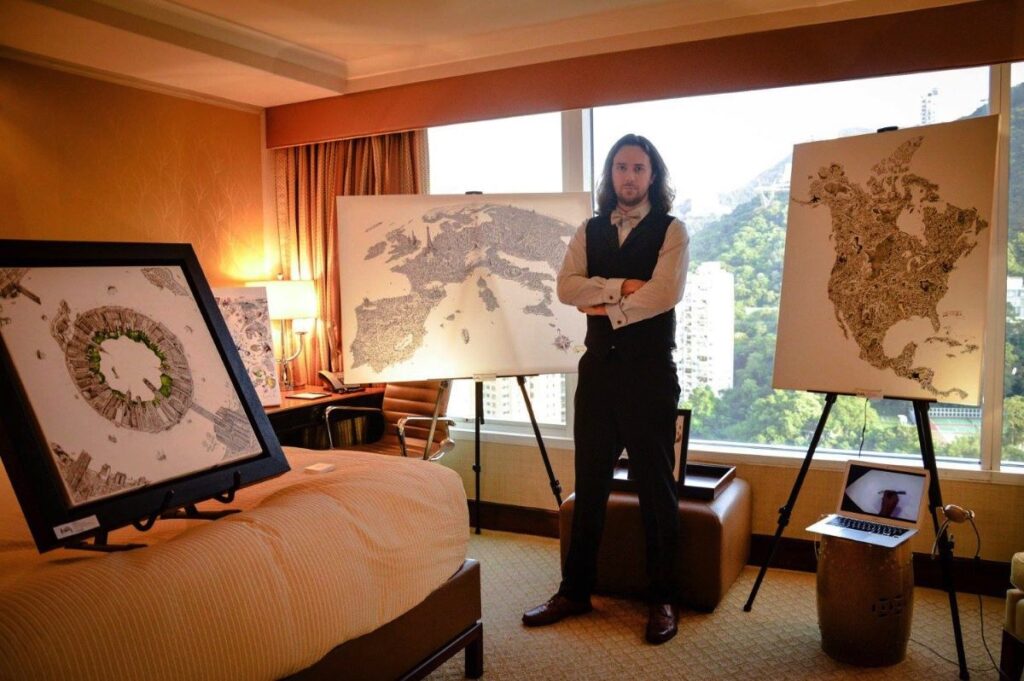 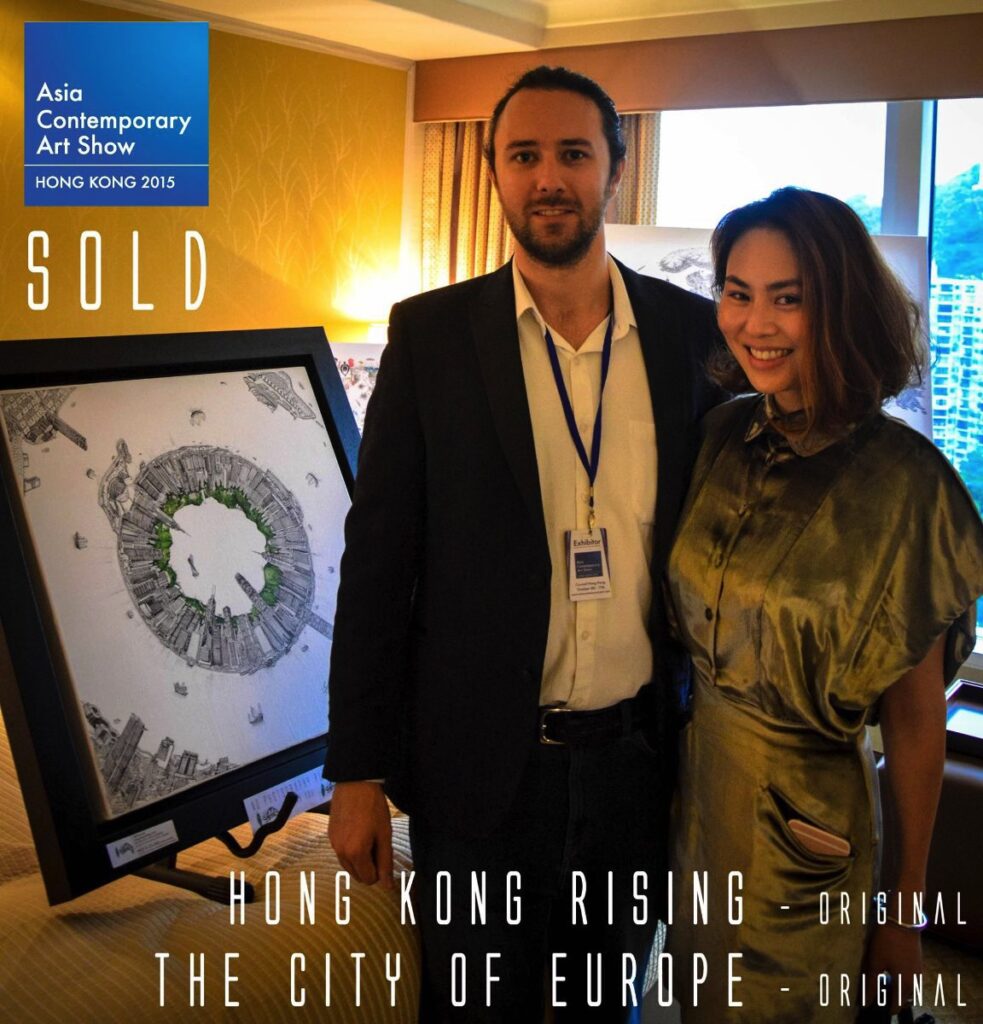