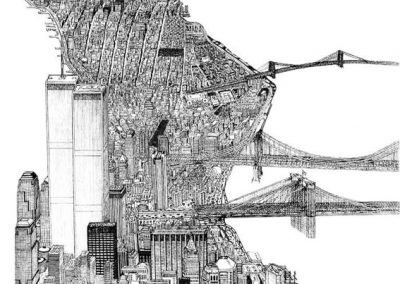 I have always had a huge passion New York City. The skyline, the people, the sounds and smells, everything about it. My tribute to his great place is an entire capture of Manhattan island, one of the 5 Boroughs of New York. 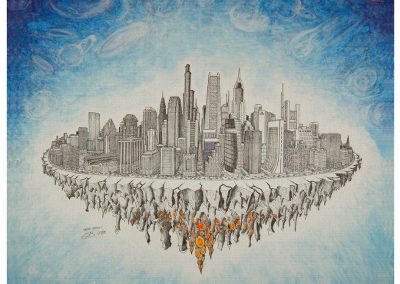 A Borough of a city has broken off from it’s world and has embarked on a journey into the depths of space. The departed sprawl has a series of cavernous rocks and boulders on the underneath of it, some of which have organic capsules growing out of them. 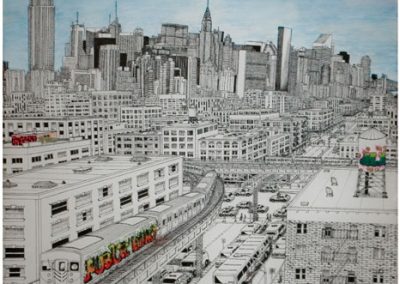 I wanted to capture the street life scene from the suburban areas of New York City. There are different elements of life styles here, from street basketball to graffiti art work. I have based the foreground area on Brooklyn or Queens, with Manhattan on the horizon. 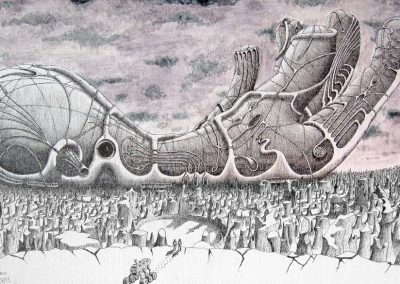 Two Astronauts come across a derelict object located on an abandoned planet. I wanted it to symbolize a sea like creature as I feel they move as if they are in space. Can you see what it is meant to be representing? 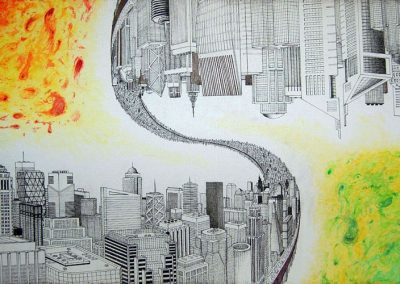 Visualize a ribbon like strand stretching throughout space with life existing on opposite sides. They are aware of each sides existence, but will never contact either one.