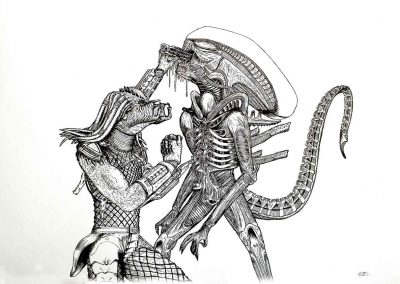 Inspired by the comic book, computer game and most recently, the movie, the Predator has come across the other great sci-fi monster, the “Alien”. The Predator appears to have things under control. 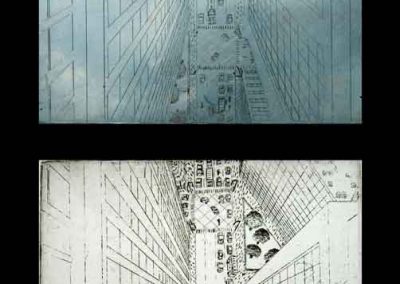 I always wanted to try out my art as an etching on metal. As you can see in the image is the original etch and the print from it. 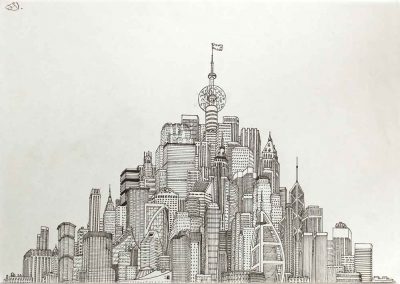 This is an exaggeration of what could happen if the worlds people, life styles, businesses, properties, etc etc keep on expanding. In this case, Mount Everest is covered in buildings as there is no other space to build them, anywhere in the world. 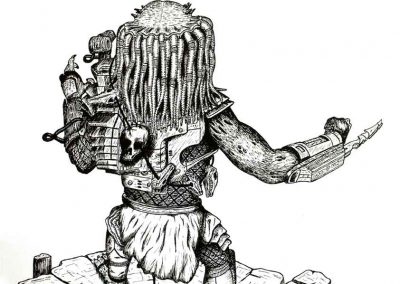 This Predator is about to go hunting into the unknown. He wants something big to put in his trophy rack. 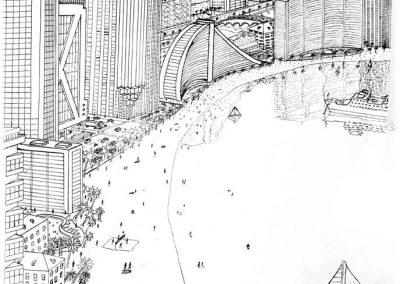 I drew this around the time “Grand Theft Auto Vice City” had come out for the PS2 back in 2002. Having played it so much, I new what the city looked like and had to draw it. 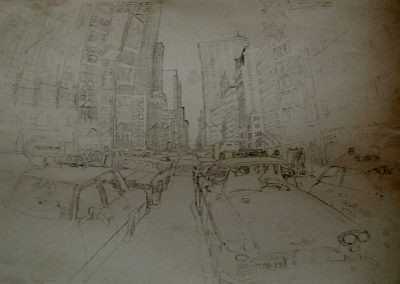 Originally done in pencil, before I had the confidence to draw straight to pen, I wanted to have a scene from a city street as if you were actually standing there. Some fo the buildings are curved around to give the eye effect. 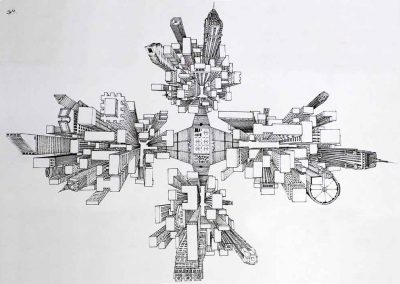 This image is a birds eye view looking at the Metlife Building (New York) direct from above and having all four sides split off to create four other perspective points. You can look at this image from any way up. 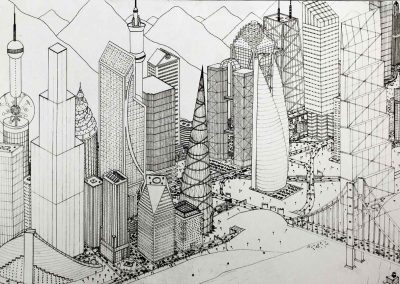 Setting myself the theme of “structures”, I wanted to incorporate a large bridge, some large buildings and a natural structure, some mountains. 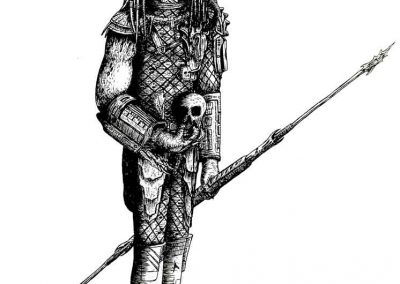 This young warrior has completed his first kill. He holds the human skull with great pride. 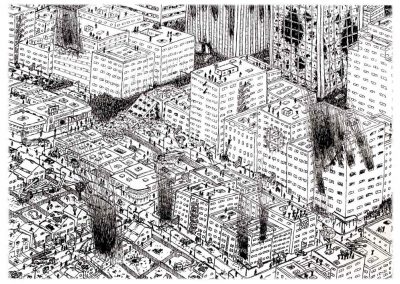 A small section of city has been taken over by the undead. I have brought in 3 areas of city to this image, residential, commercial and finacial. All of which will be demolished by the invasion.