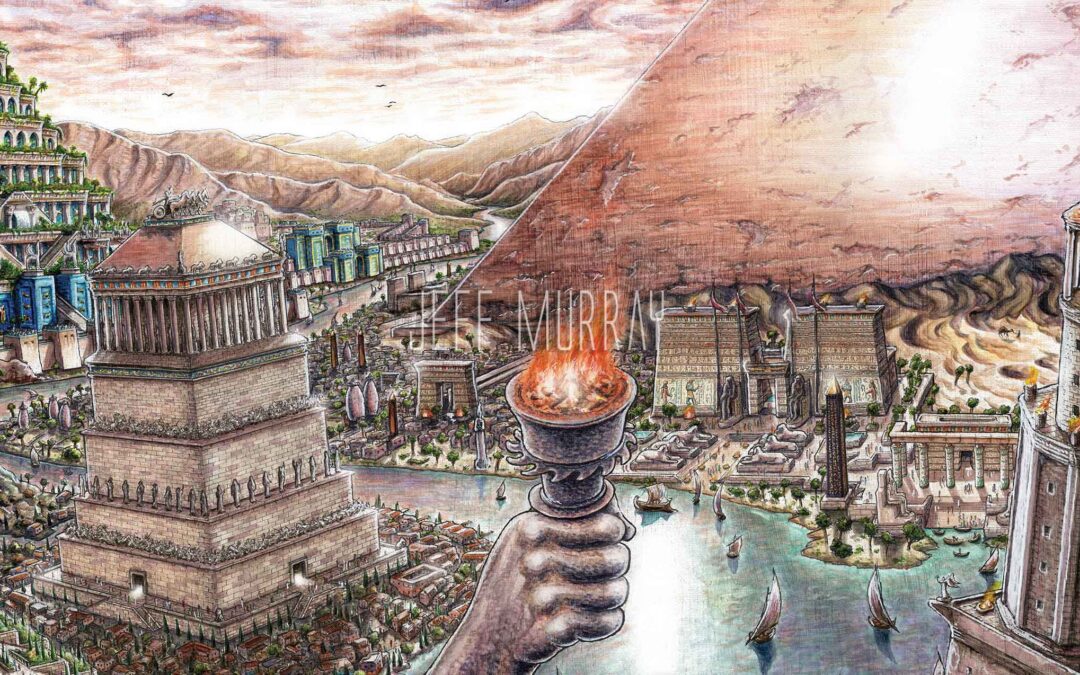 The ancient worlds surrounding the Mediterranean Sea saw the rise of some of the greatest civilisations and empires known to man. The Greek conquest around the 4th century BC allowed the Hellenistic travellers to explore these other worlds, remarking and documenting what they saw. In awe of some of the man made structures they came across, they decided to make a list of these incredible sights, which later became known as wonders.

They were the:
Statue of Zeus,
Colossus of Rhodes,
Temple of Artemis,
Mausoleum at Halicarnassus,
Lighthouse of Alexandria,
Great Pyramid of Giza
and the Hanging Gardens of Babylon.

With only the Pyramids remaining relatively intact, the wonders have captured the imagination and attention of people for thousands of years, and will continue to inspire throughout time. So begin your wonderful journey and rediscover the seven wonders of the world.

If you are interested in owning the original, please click here to make an enquiry where more details can be revealed (size, price etc).

Want to see how “Seven” was created?