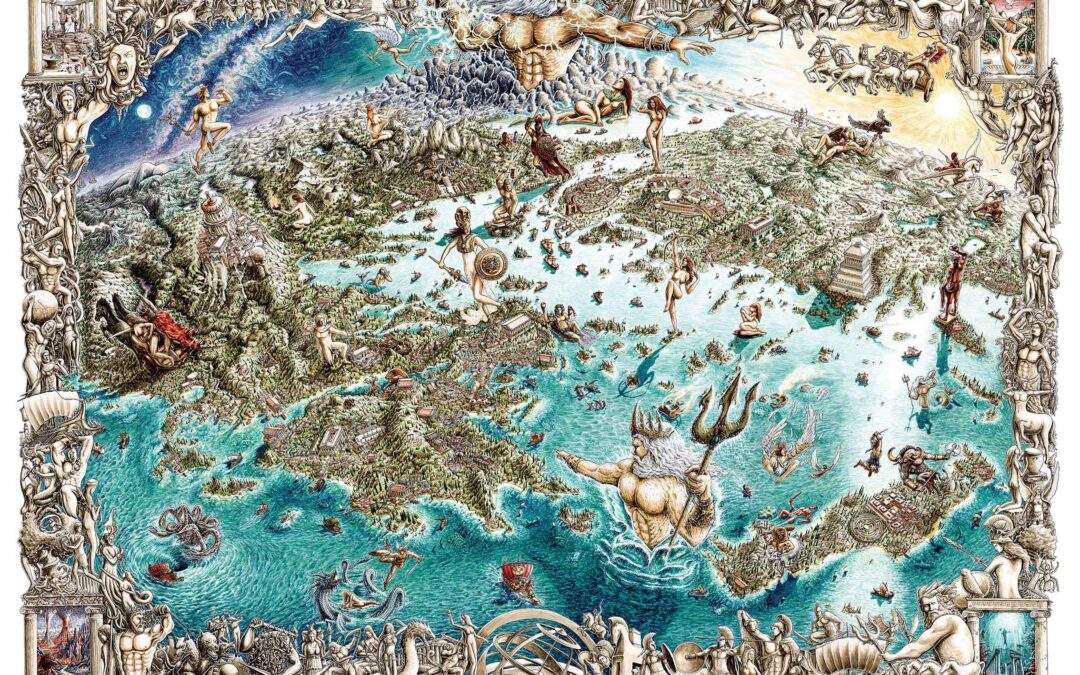 GODS AND GODDESSES, HEROES AND MONSTERS

The fascinating world of Greek Mythology depicts how the Ancient Greeks understood all things around them. Why does the sky make loud noises and flash lightning? Why are the seas calm one moment then violent the next? Why do we fall in love with someone we’ve never met? All of these things needed an explanation, and therefore myths were created. From the origins of Earth and the gods who ruled over the cosmos, to the creation of humankind, these myths became their history and belief. The Greeks worshipped the gods, building temples and cities dedicated to these immortal deities. With this came timeless tales of the gods and heroes. Fear under the wrath of Zeus as he strikes his lightning bolt across the skies at Phaeton, or fight alongside Achilles and Odysseus in the Trojan War, and travel with Jason and the Argonauts in search of the golden fleece. The Greeks told these stories with such passion and dedication, that these myths still live on thousands of years later, echoing into the modern day world for all to enjoy. So set sail on this odyssey and start exploring the beautiful and exciting ancient world that is Greek Mythology … By the Gods!

The original is not for sale.